Had a great morning. I was watching some old movies ( 1930's and 40's) as I love to do when I became distracted in thought about our slow running bathroom sink. It possessed me for the next hour as I researched the simplest do it yourself cures. Hopeful that the easiest one would work, I went out and bought a simple $2.65 plastic snake. Marching into the bathroom as any "warrior of the pipes" would, I struggled opening the package but soon had the instrument of success in hand. Properly lowering my waistband for "Plumbers Buttcrack" I disconnected the drain plunger and proceeded to insert the plastic snake. It was reluctant at first but soon began it's downward mission. Adrenaline began to flow as I began the extraction that would surely bring the cause of the blockage to the surface. But wait, what's this, this cheap ass abomination of a tool does not want to come out. I began to sweat knowing if I didn't get this out I would be subject to wife ridicule as well as a stern lecture as to why I'm not allowed to fix things. As tears filled my eyes, you know the kind, you broke mom's favorite vase and you hope by shuffling things around she won't notice only this time my back up plan of blaming my brother wouldn't work.(I can feel Dave up in heaven telling my mom "See it wasn't me.) Pulling, twisting yes and saying the 2 prayers I could remember, "Now I lay me...no, no that won't work...God is great, God is good, damn it why didn't I pay more attention? Suddenly, as if a sign, it broke loose, I was even able to correctly attach the plunger. Hiding the evidence under the sink I am hoping to escape notice but in all reality will suffer the same fate as mom's vase. SHHHHH, MUMS THE WORD! 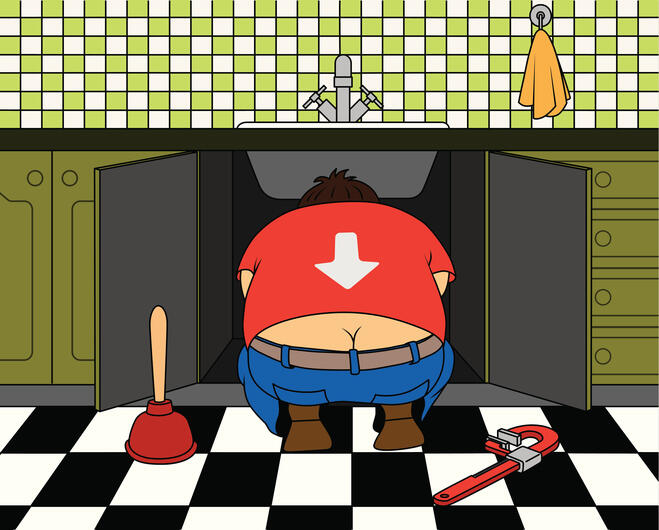